Neptune Retrograde – Remembering The Source Of All There Is

Neptune is our connection to the web of life, the sacred script of our existence. Neptune is the ‘space in between’, all that cannot be seen, or defined.

Probably the most mysterious and misunderstood planet of our solar system, Neptune rules Pisces, the last sign of the zodiac, acting like the ‘final frontier’ of our existence, the place where everything merges into oneness, the Source where we all emerged from and where we will all return to.

The experiences of ego dissolving and the yearning to be ‘one with’ the cosmic ocean of completeness are what we call ‘Neptunian’ experiences. 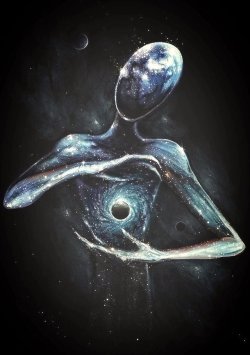 Neptune’s station retrograde on June 16 is an invitation to find this space of ‘oneness’ inside, as opposed to chasing for it in the outside world. The inner world becomes now the fertile soil of imagination, the place where everything becomes possible. During Neptune stations, we feel that God, the source of all there is, is on our side. The ocean, the sky, the mountains, each plant, each animal, everything is God manifesting and coming into being from that place of completeness, of perfection.

The message of Neptune is that there is a unity beyond the egos, bodies, and that separation is only an illusion. This reality of ultimate unity cannot be explained with our limited processes of the mind, it has to be experienced. We cannot “prove” Neptune.

But Neptune is also associated with illusion, delusion, and deception. The paradox of Neptune is that, when we start to believe too much in this perfection, in this unity, we lose ourselves, we are left without any reference point, we have no more home to come back to. When we realize we have ‘lost ourselves’ the tendency is to prolong our stay in this space of oneness by using drugs, alcohol, and other artificial mediators.

Like with every spell, Neptune magic does not last forever. Neptune retrograde is a reminder that you can dive into the Neptunian divine waters as many times you want to connect with that space, as long as you don’t forget to take your diving gear with you.

Psychologically, Neptune is described by our drive to return to the womb. In this way, Neptune acts in opposition to Pluto, who wants to preserve the matter, and sustain life as we know it. Because of these opposite drives, we humans want to live, create, leave our mark, reproduce, in order to honor our purpose as outlined by Pluto, however no matter what we do, the longing to return to the Source, to find again the paradise we have lost when we came into existence, is always there to haunt us.

I experienced Neptune strongly during a hypnosis session few years ago. The hypnotherapist had his natal Neptune conjunct my natal Mercury to the minute.

During the session I envisioned myself in my mother’s womb. From there I plunged directly into the deep waters of the ocean, where I experienced the fury of the water and had to fight with sea monsters. Soon after, I drifted into a space where I would float effortlessly. My heart and the heart of the Universe were beating as one. I felt one with the universe, there was no distinction between me and anything else. There was no separation.

When Neptune is active the sky like it is now, or when we have Neptune transits to personal planets or angles, we feel an urge to unite with something vaster than the self, to lose the boundaries of our small egos and merge with something larger. Our instinct for preservation dissolves and we let ourselves dive into the unknown, without any fear.

‘I never walked near the edge

I never swam far from shore

But when you five me love

When you give me love

I have no fear of heights,

No fear of the deep blue sea,

Although it could drown me,

I know it could drown me’

Katie Melua / No fear of heights

The recent Neptune / Saturn square has showed us what happens when we fail to distinguish the dream (Neptune) from reality (Saturn). The square has brought us the crisis of immigration in Europe and the crisis of “fake news” all over the world, proliferated especially through social media.

Things gotten out of context and posted on Social Media have become viral. We don’t know any more if what we share on Social Media or what we see on TV is the reality. Fake news also bring very important questions: What is a fact? What is reality? Is perception the same thing with reality? Where do we cross the line?

The dystopian world described in the book 1984 gives very good examples of the shadow sides of Neptune. In the book, the so-called Ministry of Truth is in fact a propaganda machine. The word used is a misnomer because in reality the Ministry of Truth is responsible for the opposite, to falsify the historical events that do not serve Big Brother’s agenda.

With Neptune, it is very important to distinguish between awareness and deception. Neptune tells us we are one with the universe, but in this vast universe you can find the good and the bad, you can assimilate energy that serves your higher purpose, but also energy that drags you down.

During Neptune retrograde we need to be as awake as we can possibly be. Instead of putting the rose colored glasses on, simply put you glasses on, you want to see the world for what it really is. You can chose to lose yourself into the world of imagination to unleash the divine spirit inside you, and you also want to turn the TV off when you realize that what you are watching is someone else’s novel.

During Neptune retrograde, allow your ego take a break through myth, poetry, artistic cinema, and listen to the whisper of the dream. Allow memories and dreams to surface. Look for the truth that transcends the ego and remembers its source. And then take what has been revealed to you and bring it to the next level to fulfill your unique purpose. Not someone else’s.