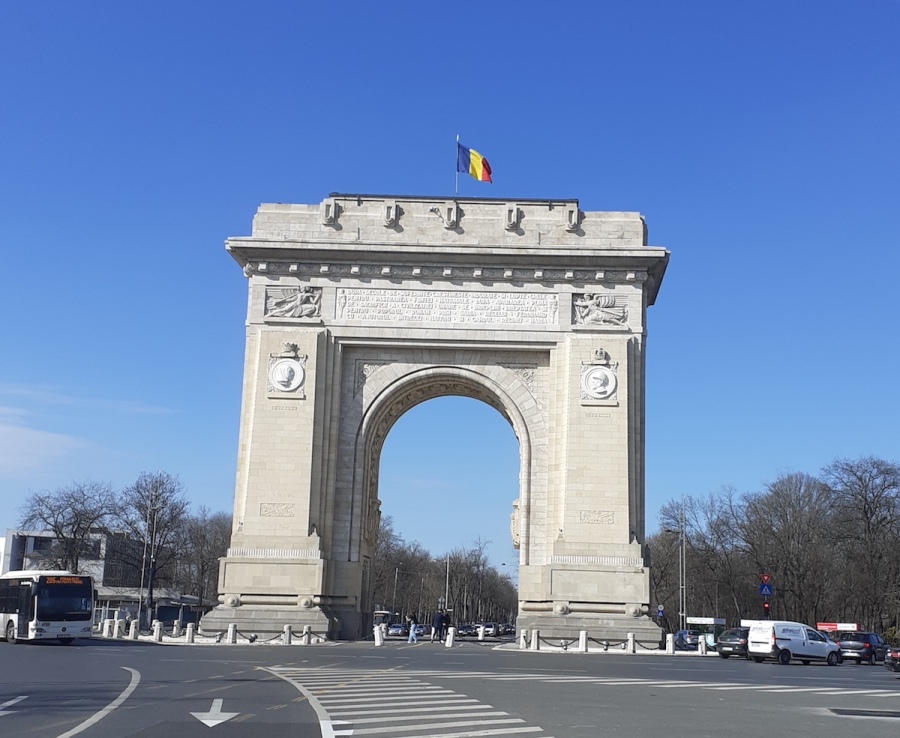 Watching movies, probably you do not know they have scenes or they are entirely filmed in Romania. Some of the movies below are listed in my previous articles about Romanian filming locations: Transylvania, Corvin Castle, Peleș Castle. It seems that the picturesque landscapes of Romania make it more and more popular with movie producers.

Here it is a list of ten movies with scenes filmed in Bucharest, the capital of Romania.

Cold Mountain is a real mountain located within  Pisgah National Forest, Haywood County, North Carolina. The film is an epic war one, and the rural scenes were filmed almost entirely in Transylvania, in the village of Reci in Covasna county and in Bucharest.

It is a fantasy action horror film, set in the eighteenth century. Rayne is a Dhampir, half-human, half-vampire, and she escapes from a freak show. She strives to avenge her mother’s rape. In her journey for revenge, she meets two vampire hunters and joins their society.

“Rayne: I thought they would be afraid of me.

Katarin: They only fear what they do not know.”

It is a comedy-drama film about the last great adventure of the world’s best con men. They are plotting one last shot and the victim is Penelope an eccentric millionaire. Her castle is Peleș Castle.

Among the locations of the movie, there are Romanian locations: Comarnic, Sinaia, The Constanța Casino, the port of Constanța and Bucharest.

It is a film inspired by true events, about a policewoman taking a job as a peacekeeper in post-war Bosnia. She uncovers the corruption and cover-up of sex trafficking of underage girls, business run by peacekeepers and law officers paid to protect these citizens. The lesson we can learn from this woman is that we should never turn away from doing the right thing.

It is an American superhero movie and features Nicolas Cage as Ghost Rider.

Some scenes were shot in Romania. Among the places, there are Corvin Castle, Sibiu, Târgu-Jiu, Transfăgărășan and Bucharest.

Why does the devil walk on the human form anyway? I have no idea. Maybe he doesn’t know either. Maybe he passes on from body to body, down through history, waiting for the perfect fit. But I know one thing, on Earth, he’s weak. His powers are limited. He needs emissaries to do his dirty work, so he finds them or makes them, using his greatest power, the power of the deal.

Close friends and comrades, Anse Hatfield and Randall McCoy return to their neighbouring homes, to increasing tensions and resentments. All those will explode into warfare between the families.

This movie is a story about a feud that nearly brought the two states West Virginia and Kentucky to the brink of another Civil War.

Among the filming locations there are Brașov, Râșnov, Zărnești, Bucharest – România.

A simple set-up in a beautiful Norwegian village and a catastrophic tsunami due to the mountain partially collapsing.

Most interiors are filmed in Romania and among the filming locations, there are MediaPro Studios in Bucharest.

David reunites with his friend Efrim at a funeral. They start their own business and earn a contract with the United States Department of Defence to deal with weapons. They score “the Afghan deal” but will have a falling out with their business.

Among the filming locations there is Bucharest.

Cristi is a Romanian police officer and a whistleblower for the mafia. Playing both sides of the law, he is going to La Gomera Island to learn an ancestral whistling language. It is the way to facilitate the jailbreaking of a Romanian businessman who knows where thirty million euros are hidden.

Bucharest, Romania is among the filming locations.

Angela is a tour guide in Rome and is fired before Christmas. She agrees to teach Oliver, a businessman, about the heart of Rome at Christmas.

Filming locations are in Rome and Bucharest.

Featured image by me.

8 thoughts on “10 Movies with scenes filmed in Bucharest”